New and old players are allways welcome to join us.  We do have certain vacancies to fill as do most bands, but no committment needed if you just want to come and have a blow.  Vacancies include Percussion, Soprano Cornet, 2nd Cornet,  2nd Horn, Baritione, Solo & Bass Trombone.

If you are interested in joining the band feel free to pop along to a rehearsal or call Steve Hartley our MD on 07731 430059.  You can also send an e-mail to vacancies@pilling-band.com.

Scroll down to find out about our memebrs...

We have a fantastic band with members bringing a wealth of banding experience.  Scroll down for an inroduction to our MD and our players.

Steve has a long career in the banding world both as a player and conductor attending Salford College in the early 1980`s studying conducting under Roy Newsome, and composition and arranging under Goff Richards, culminating in a Graduate Diploma in Band Musicianship.  Steve is a member of the Association of Brass Band Adjudicators and also the National Association of Brass Band Conductors.  Steve's first band under his baton was Windsor Band in Salford and then later conducting Todmorden Old, Haworth and Golborne bands, Blackpool Brass and moved to live on the Fylde coast. Steve has had two spells conducting the Poulton le Fylde Band and has also conducted Thornton Cleveleys and North Fylde Brass.

Please click on the document to the right to discover more about Steve's banding career. 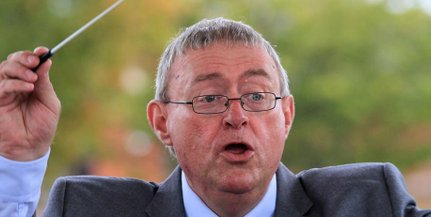 I joined the Band in 1972 age 8.  During my time in the band I have held various positions on the Committee including Librarian, Chairman, Secretary and currently Contest Secretary. I have been Principal Cornet for over 30 years. Outside of banding I have been a Football Coach at Wyre Juniors Football Club for the past 7 years and manager of my son's team, currently Under 12's and if I get any spare time I enjoy a round of golf.

I have been in the band 14 years and have played Sop, Rep & currently 2nd man down.  I also play an active role on the Committee and have been treasurer for the band for just over a year. I love playing swing music and enjoy playing trumpet in a swing band and like to be challenged.

Outside of band I enjoy crown green bowls, running & spending time with my baby girl Ellie.

Helen is busy writing her synopsis...

I have been playing the cornet for 11 years, and have been banding for 10, with the first band I joined being Hebden Bridge Junior Brass Band, where I would eventually work my way up to Principal Cornet. I have also been involved with Calderdale Music Service Youth Orchestra, which led to a massed performance in the Royal Albert Hall. My first taste of competitive banding came when I joined Friendly Band, regularly playing Repiano Cornet, and I often ‘depped’ with other bands around West Yorkshire before going to Lancaster University, where I study English Literature and Religious Studies. I am also involved with the University’s Brass Band and Wind Band. Aside from banding, I’m a huge recreational music fan, and my hobbies include going to concerts and collecting records.

I have been playing since I was 8 years old. My original band was Barnton Silver Band in Cheshire. I have also played for Cheshire Constabulary band, Tarporley band, Morecambe and Lancaster brass bands. I have been playing with Pilling band for a few years now and love playing the Repiano cornet.

I find it a huge honour to play the last post on Armistice day and this is one of my favourite moments throughout the year. Other things that keep me out of trouble include my job as a secondary science teacher, growing our own vegetables on an allotment, my tropical fish tank, cycling with my children, theme parks, Skiing and most importantly spending time with my family.

I started playing cornet when I was 8 years old and have been playing in my local brass band for over 10 years on both cornet and flugelhorn, as well as playing trumpet in my sixth form wind band and swing band. I am currently studying French and Linguistics at Lancaster University and play in the university brass band and wind band. I am also a member of the music society committee as one of the brass band reps. Outside of music, I am a keen photographer and I enjoy travelling to new places, particularly if it’s somewhere I can practice my French!

James has played cornet since he joined the band in 1970.

Aside from band, his other love is football.

I also play an active role on the band committee and have been secretary for at least 10years.

I love any pieces from musicals but hate test pieces!!

Outside of band I don’t have time for another hobby but I love spending time with our new baby girl Ellie and walking our springador Bex.

I began playing a cornet at the age of 10 and joined Eccles Borough Band, later playing for Darwen  and Warburton’s Brass Band on cornet, flugel and tenor horn. After taking a break of nearly twenty five years, due to family and work commitments, I began playing again eight years ago. I joined Pilling Band after moving to this area last year and I am thoroughly enjoying playing again with such a bunch of friendly people!

I have played a brass instrument since the age of 8. My first band was Penrith Town band. I have played with many bands since then including: storeys. Morecambe, Longridge, Matthews Norfolk Brass, And a few others along the way.

My favourite March is Viva Birkenshaw, favourite hymn is nearer my god to thee and favourite piece Highland Cathedral.  I have played a variety of test pieces over the years but Spectrum has to be my favourite.  My most memorable concert was in Montserrat -Spain.  In my spare time I enjoy Wakeboarding and messing about on our boat. 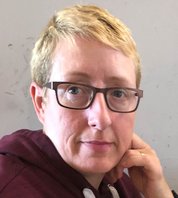 I love playing a variety of music apart from Dances with Wolves!

I started playing the euphonium when I was 7 years old at primary school. I was pretty adamant that I didn’t want to play the cornet!

I joined Pilling junior Band at 10 years old and then the main band around 12 years old.

I have played with Blackpool and Morecambe Bands but seem to have a homing instinct for Pilling!

My favourite piece is Resurgam and favourite test piece is Land of the Long White Cloud.

When I am not playing I enjoy spending time with my family and geocaching.

The Euphoniums and Baritones

I joined the Senior Band at the age of 13 after being in the Junior Band for a couple of years,2018 marks my 30th year as a band member.  I have also been an active member of the committee since the age of 15. My highlights with the band include playing Christmas Carols live on air for Radio Lancashire and more recently taking part in the traditional Tossett Day celebrations with Jamie Oliver and Jimmy Doherty for their Channel 4 programme “Jamie and Jimmy’s Friday Night Feast”. Being part of the baking team was lots of fun and the children at work were so excited to see “Shelley on the telly!

I enjoy playing a variety of pieces of music so it’s hard to choose a favourite one, although the cheesier the better and Christmas Pop Selection is in my top 5!

I started playing at 11 yrs old at my high school where I progressed through youth bands and was a former founder member of the reformed Ind Coope Burton Brewery Brass Band Burton on Trent.   I Played with them for several years with the highlight performing in the Royal Albert Hall at the National Finals in 1984. After several years break I moved to the North West where  I joined Piling Jubilee Silver in 2007.  My favourite piece is Oregon, my favourite Test piece is Tryptich, my favourite hymn is Blaenwarn No 7!! and my favourite March is Under two Flags.

I first joined as a beginner during 1957  and my first engagement with the band was on 4th July 1959 at the opening of Winmarleigh village hall.  I played for Lancashire youth band culminating in a concert at the Free Trade Hall ,Manchester on 5th April 1966. I've always played the double B and my favourite piece of band music is Life Divine.

I started to learn E flat bass at school, then joined Bolton Youth Band where I played until being deemed too old at 18!!

After a couple of years study break, from banding, I joined Eatons Band in Farnworth (this band subsequently merged with Farnworth Old Band and Walkden Band and is now known as Farnworth and Walkden Band).  I have also played with   Dandenong City Band just south of Melbourne, Daventry Brass (formerly known as Danetry Brass), and now Pilling Band after a move back to Lancashire.  Aside from playing Bass I have also played Barritone.

During my formative years, although not using brass as my first instrument at that time (it was a painful time for my parents) and having violin as my first instrument, I was lucky enough to study Theory and Harmonisation under the late greats Goff Richards and Roy Newsom, to whom I am forever grateful for showing me the error of my ways and instilling on me a great love of Brass and Brass Bands which remains to this day.

I don't have any special musical preferences but tend to like traditional music better than modern.

My favourite piece that I have played was ‘Chase the Sun’ by Rob Wiffin at the Royal Albert Hall in the Youth Proms in November 2017; performing at Menin Gate in Ypres for the Last Post ceremony and also like playing musical scores.

My hobbies outside of band include exploring new places (travelling), watching musicals and also like baking.   From Septmber 2018 I am now the Principal Conductor for the Lancaster University Brass Band.

David is busy writing his synopsis

I started playing percussion with Kirkby Lonsdale brass band 1989 to 1996. I have also played with Lancashire Constabulary during 92-94 with a year at Flookburgh band 1995.

I also joined Burneside Brass in a very busy 1994 where I remained through till 2014 whilst playing for other bands.

Other bands I have played with have included Morecambe band from 97 to 04 and Poulton from 06 to 08.

My home band is now Pilling which I joined in 2008.